Kidabaloo! is returning to Grand Junction and you’re going to want to clear your calendar.

"We at Carville's Auto Mart believe it's important ot support and promote kids' health and wellness, education and recreation.  These important pillars are good for our youth, foster strenght in our families, and build a foundation in our community over the long term.  At Carville's Auto Mart we believe in families, and we are proud to be a sponsor of Townsquare Media's annual Kidabaloo event.     Darin M. Carville

We had so much fun at last year’s Kidabaloo! we knew we had to bring it back to the Grand Valley. For 2016 Kidabaloo brought in guest celebrity Veronica Dunne who plays Marisa in the Disney Channel series K.C. Undercover, as well as the kids got the chance to meet the Easter Bunny, search for eggs and participate in many expeiments and crafts.

Carville is sponsored all the booths for all nonprofit organizations at Kidabaloo 2016.

Darin and the Carville Team,

"Thank you for sponsoring the non profit entrance for Kidabaloo event.  Marillac was able to attend and speak with many families in need of health care and dental car.  This event allowed us the chance to really bring awarness to many lower income families."

"Thank you for supporting community events like this one."

"Thank you for making Kidabaloo 2016 a huge success!"

From the Team at Townsqaure Media

Tickets were available at the Townsquare Media office at 315 Kennedy Ave and at Carville’s Auto Mart at 2507 Highway 6 & 50. 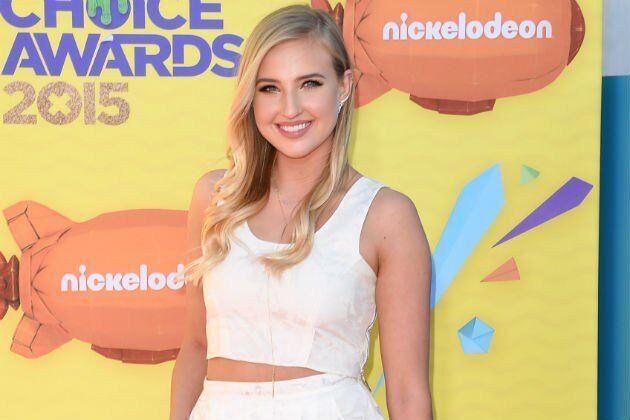 We’re were proud to announce that our celebrity guest was Veronica Dunne who plays Marisa in the Disney Channel series "K.C. Undercover.

If you’re interested in being a vendor for next year please contact Spring Fall at Townsquare Media at 970.242.7788

Veronica Dunne a California native stars as the lead role of Marisa in the Disney Channel series
"K.C.Undercover" opposite Disney veteran Zendaya. Dunne holds her own as Zendaya's on-screen best
friend; the outgoing life of the party and free spirit. Dunne, who began performing at the age of four, has
acting in her blood; her father is Murphy Dunne ("The Blues Brothers"). She has grown up to stand on her
own two feet with Musical Theater and stage as a foundation for her own acting career.
Dunne got her first taste of professional theater when she starred as Cinderella in the Lythgoe Family
Production of "Cinderella" with Hollywood veterans Jennifer Leigh Warren (Broadway's "Little Shop of
Horrors") and Freddie Stroma ("Harry Potter") for co-stars. She went to star in the stage production of
"Into the Woods," "Chicago," "Cabaret," and eventually "The Black Suits" written by Joe Iconis
(Broadway's "Smash") which let her to New York. There she auditioned and was offered the lead role of
'Sophie' in Broadway's "Mama Mia," ultimately taking the role of 'Marisa' in "K.C. Undercover" instead.
Dunne, now nineteen years old, offers a unique point of view to fans that often look to her younger peers
for guidance, setting apart in the industry and providing a different type of work ethic and determination.
She aspires to be a strong role model and inspiration to fans of the channel. Dunne loves to be able to tell
a story and take her audience on a journey, often performing for the simple act of making people laugh
and bringing them joy; considering being a comic relief as a blessing. She looks up to Jennifer Lawrence,
Jessica Chasten and Lucille Ball for their versatility, professionalism, and dedication to the craft of acting.
In her spare time, Dunne enjoys singing, dancing, Ballet (point) musical theater, spending time at the
Beach and an overall movie buff.