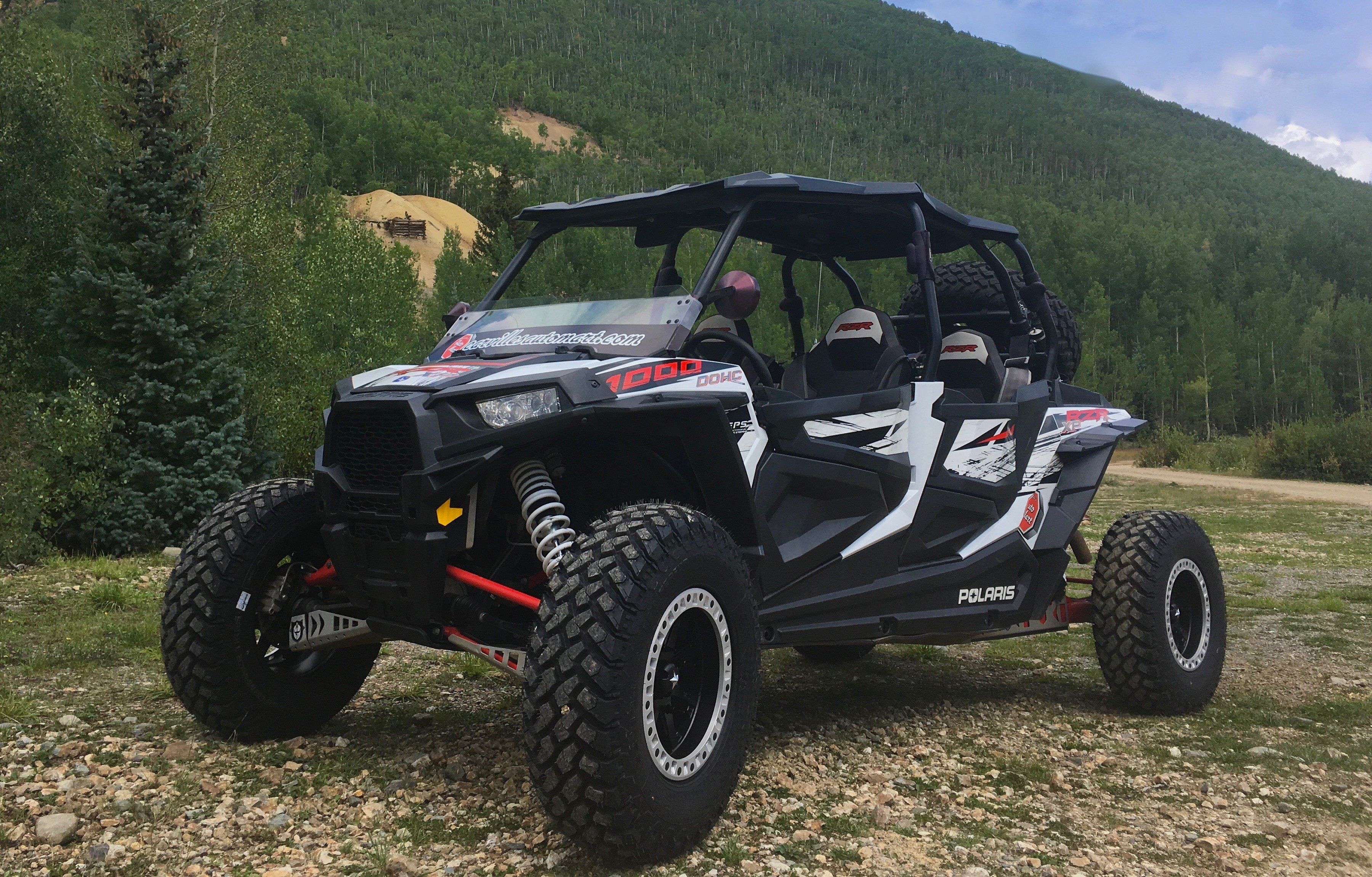 In August of 2016 the Carville's Auto Mart Team rode with MSA Wheels for the film from Vitality that follows the Carville Family and Friends as they explore the San Juan Mountain Range aboard Polaris RZR's.  The adventure is part of MSA's Trail Tested Series and starts in Corkscrew Gultch that is notably named for it's long narrow and winding ascent to the summit of Red Mountain Two where it peaks atop its winding road at 12,400 feet.  The amazing videography highlights the amazing deep reds, oranges and the brillant vanilla landscape of all three of the Red Mountains.  Then continue to follow the group over 4 mountain passes including Hurricane pass to see the spectacular emerald blue water of Lake Como below and then on to Sound Democrate Mine while the group stops for some Lunch.  Here you can see the Sound Democrate Mine which was discovered in 1899 where gold and silver were packed on mules over a 13,000 ridge to the Sunnyside Mill in Eureka Gulch.  The Sound Democrate Mine is the last standing stamp mill in the Eureka district and one of the most complete stamp mills remaing in Colorado.  Next take a ride into Silverton Colorado to check out the Silverton Train where you can hear the coal fired steam engine roar as it makes it way to Durango, Co. The Silverton Durango Narrow Gauge train in video has been in operation since 1882 and you can today still take the same narrow gauge tracks that miners, cowboys and settlers of the old west took over a century ago. You'll need to hang on after the kids enjoy some ice cream at the High Noon Drive In for some intense RZR action as the group then rally's Poughkeepsie Gulch which is the most technically challenging trail in the San Juan Mountain Range and blast's up and down Brown's Mountain that will sure to keep you gripping tight as your flying and sliding all the way down the mountain.