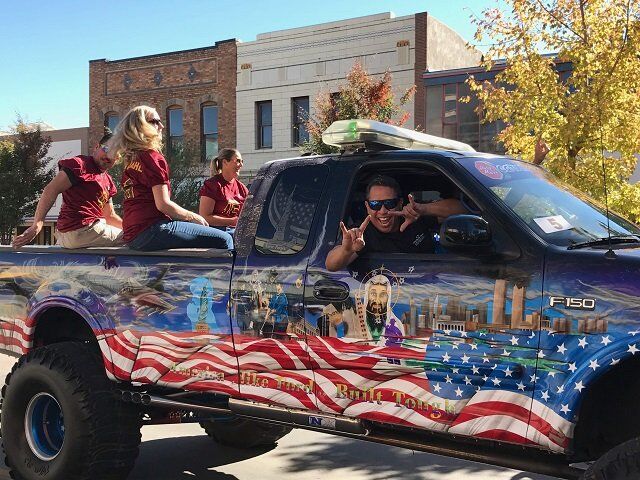 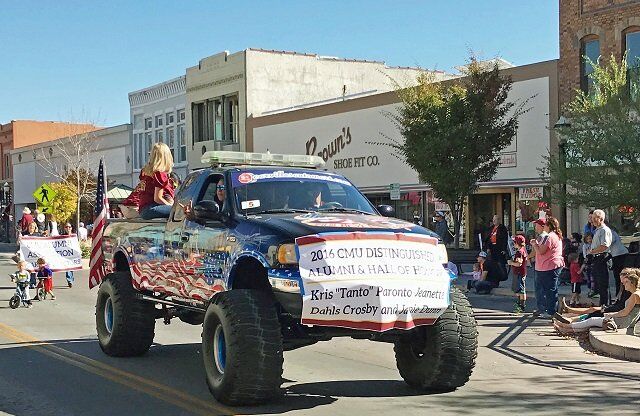 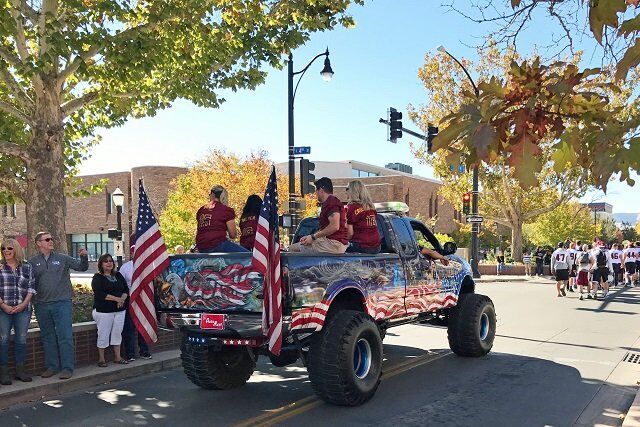 The 9-11 Tribute to America Truck was built starting 3 weeks after the dreadful day that we will never forget in New York City.  The creator of the 911 Tribute To America Truck Anthony Pristera was a New York Fire Fighter who took the truck to ground zero after completion in 2002 and was given the key to New York City from Rudolph Guilliani and Governor Pataki.  Anthony continued to go to ground zero every year after until 2008 when he became very ill with cancer.  Anthony battled cancer losing over 130 lbs and reluctantly was forced to sell his Tribute To America truck on eBay then began praying to Jesus Christ to save him for his 2 daughters sake. Two years later after a cat scan the cancer was gone.  In 2012 Anthony's cancer had returned and after battling it for 4 more years Anthony Pristera passed at age 67.

Anthony's 9-11 Tribute to America Truck was not only seen at Ground Zero but also made the front cover of 7 national magazines, it took first place in numberous custom car shows in Florida, and can be seen in the movie 2 Fast 2 Furious.  Anthony says just the air brush paint on the truck covering it from head lights to tail lights was over $64,000.  Anthony stated that the truck upon completion totaled close to 1/4 million dollars.

Today Anthony Pristera's Tribute To America Truck can be seen at Carville's Auto Mart in Grand Junction, Co.  Here it is used to honor our military and veterans and helps with local fundraising events like the Community Food Bank by being present across the grand valley.  During the 2016 Colorado Mesa University Homecoming Parade Kris "Tanto" Paronto former US Army Ranger Hero of Benghazi's Libya Attack and co-author of the best selling book "13 Hours in Benghazi" led the parade in the Carville's Auto Mart Tribute to America Truck and did a live feed speaking of the Patriotism that this community brings and what this truck represents.   The Tribute Truck can also be seen every December in the Parade of Lights with our Military Forces marching down Main St in Grand Junction. Stop by Carville's Auto Mart to show your patriotism and pay tribute to this remarkabel symbol of our American History.

Anthony's Transcription on the 9-11 Tribute To America Truck:

PEARL HARBOR DECEMBER 7, 1941  The United States of America was attacked.  Our Navy was severely damaged, as well as our pride, Many American Lives were lost, as well as other nationalities of other nations on U.S. Soil.  We vowed never to let our guard down again.  Their acts of Mass Destruction at Pearl Harbor were Japanese planes, used for Kamikaze suicide diving as well as their bombs.  SEPTEMBER 11, 2001 The United States of America was devasated and suprised once agian on U.S. soil.  Only this time, they surprised us with the new age of Kamikaze pilots.  Their weapons of Mass Destruction this time, were our own U.S. planes and instead of bombs,  loaded with full fuel tanks to cause massive casualties.  They were about 10 times the size and weight of the Japanese fighters.  IS THIS WHAT IT TOOK TO MAKE OUR NATION STRONGER AND NOT SO VURNERABLE?  Everyone reading this should try to remember that we were not at war that day.  Our armed forces were not fighting in the U.S.   Innocent bystanders from all nations on the ground at the Twin Towers, Pentagon, also in U.S. aircraft, the streets of New York, firemen, police, transit, port authority and so so many others that were never mentioned and probably never will be, should be praised and honored also.  Please after seeing this truck and what it represents, we ask you to close your eyes and say this prayer LORD, please touch the hearts and souls of those affected, as well as those that perished.  LORD, I also believe from this grave experience that I am more thankful and apperciative for what I have in my life today.

This truck is dedicated to all the people who suffered from this tragedy.  SEPTEMBER 11, 2001; another day in America that will live in infamy. 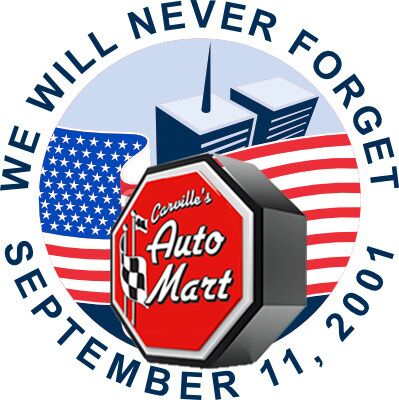